You have to search hard to find that this colourful and informative booklet is by Nick Hodgson (in tiny text on p.5, if you must know). It is a popular account of the WallQuest project. Regional archaeological societies are dead, long live community archaeology! All nonsense of course, but any money coming into archaeology has to be welcomed, whatever the buzzwords that have to be wielded and diversity-shaped boxes that must be ticked. Everything is an exercise in beating a concept for a project until it resembles the criteria for funding (or is it the other way round?) so all praise to TWAM for making this whole thing work. The full excavation reports will appear in due course, mainly in Archaeologia Aeliana I suspect, but in the interim there is this promptly produced account of the whole thing. Look, mum, somebody is actually digging Hadrian’s Wall, still! Neither Amazon nor Hive stock this (why not?) so you have to buy it direct from TWAM.

This is a book that I repeatedly said to anybody who would listen needed producing (largely because the original paintings are shamefully inaccessible) and now it has been. These are not just pretty views, but important evidence for the state of Hadrian’s Wall in the 19th century. It is sometimes difficult to grasp just how much has been lost in recent years, but this book shows you in a most attractive fashion. It may look like a coffee-table book (if such things still exist), but it is so much more than that. Some of the paintings are so delicate that they verge on the ethereal. I doubt lovers of great art will rate them very highly but I don’t really care what they think and nor should you, because this is a time machine that shows you what was, not what might have been. Amazon  Hive

Colloquially known as The Purple Brick, this is less of a field guide than a portable reference book. Everything you could possibly need to know about every inch of Hadrian’s Wall, with a pretty decent introductory section. Its origins lie in Collingwood Bruce’s original Wallet-Book of the Roman Wall: a Guide to Pilgrims Journeying Along the Barrier of the Lower Isthmus from 1863, which became a Hand-book and then (as the Handbook) evolved through several editions (and editors, who gradually – and inevitably: times change – hacked away at the original text and illustrations, each making it it their own). Secondhand editions of old Handbooks are even collected by some murophiles. To modern tastes, the various walking guides (like Mark Richards’, described earlier) are probably better companions (but less likely to be up to the mark factually). True nerds will of course have two Bricks – one for reference at home and a tatty one for taking into the field; the very thought that anybody might not is, frankly, baffling to me. Amazon  Hive does not have it. 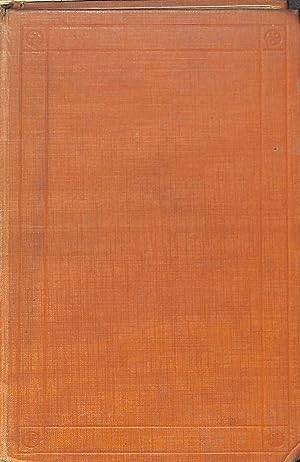 This rather endearing little book provides a fine contrast to Mark Richards’ guide to walking the Wall and belongs in a tradition of early tourists’ accounts of travelling along Hadrian’s Wall that began with William Hutton. She even gets mentioned in Hingley’s book (No.9), for her pains. Jessie Mothersole was a peripatetic watercolourist and illustrated her own books, which are rather gentle accounts of her journeys (mainly through Roman Britain, Hadrian’s Wall being just one of them). It is Jessie who proves that The Wall Weed in Sycamore Gap is not now in its original position (which was in the small circular stell behind the Wall) and has subsequently crept over to its present vandalising location. You can buy her book if you wish but it is in fact freely available at the Internet Archive if you don’t mind reading online or in an ereader. If you want a dead-tree version (some do), it is best to buy a secondhand copy as the ‘new’ books are all print-on-demand reprints of varying quality and may not render the colour plates in the original and all-important colour.

This book is all about Hadrian’s Wall after the Romans and, as such, has a rather refreshing approach, insofar as it attempts to provide a ‘biography’ of the Wall. Considering it is an academic book, it is also extremely readable (see, I told you it as possible!). If you’ve read Breeze and Dobson and are wondering ‘what next?’ then this is a good place to go. This is fundamentally about the repeated rediscovery of the Wall and takes the account from the post-Roman period right up to the creation of the National Trail and contemporary attitudes to the monument to itself. If your interest is more heritagey than Roman strategy and tactics or bricks (well, stones) and mortar, then this should suit you right down to the ground (and below it, too!). It took the publisher a long time to bring out a reasonably priced paperback, but they eventually did, luckily. No, it’s best not to get me started on the subject of other publishers.. Amazon  Hive

Having started this little sequence with the book you should read, here’s another you ought to, just to savour the contrast. This book is the new boy on the scene and covers much the same ground as the Breeze and Dobson volume, although in a slightly less academic (and arguably more accessible) and colourful format (even so, you have to wonder why Penguin never saw fit to produce a full-colour, coffee-table version of B&D, perhaps using some of northern England’s top-notch photographers to illustrate it). That is not to say the content of the Hodgson book is any less heavyweight. It has the distinct advantage of being much more up-to-date than B&D (last edition 2000) so can incorporate a decade-and-a-half of recent finds, some of which have modified our view of the Wall, and many of which have been down to Hodgson’s work (see No. 8). Amazon  Hive

If you are interested in Hadrian’s Wall but have never read an excavation report, you need to do so at least once. Having myself started out co-writing one (Corbridge) and contributing to a second (Housesteads), I vowed never to become involved with the third of the then major English Heritage Wall backlog sites: Wallsend. Reader, I must tell you I failed. I am one of the contributors to Segedunum (I was self-employed by then and needed the money, so sold my soul to the devil and wrote-up the NW corner). An excavation report is a technical report and, as such, is a dance to a particular tune which has to be done in a certain way in order to accomplish its aim: present facts. There must be a structural description (‘layer 2678, sitting over 2679 and butting against 2433, was a maroon loamy sand containing flecks of charcoal and well-preserved fingernail clippings…’ and so on and so forth), specialist reports on the various categories of finds, and then – if you’re very lucky – a guess (or as we call it in the trade ‘perceptive synthesis’) of what all this gobbledygook tells us about the site. It might even have an index, but let’s not get too ambitious here.

Excavation reports are nearly always laughably expensive when they first appear, so here’s a hint. Either get it for free (because you contributed to it or, better still, know some juicy Damoclean tidbit you can hold over the excavator’s head) or wait until it is remaindered by the publisher when it reaches the b*gg*r-this-for-a-game-of-soldiers point of its life and they decide to cut their (inevitable) losses. Few publishers ever have the bright idea of selling them cheap from the start (the Carlisle Millennium reports being a notable exception).

If nothing else, excavation reports are a) A4 in size, b) difficult to read cover-to-cover, and c) truly superb at weighting down the lid of your scanner when that awkward book just won’t sit flat without breaking the spine). If the hardback is too pricey for you, there are ebooks available. Amazon  Hive

More Photos
Per Lineam Valli
Create a free website or blog at WordPress.com.