A legion was around 5,000 heavily armed and armoured men who were, by the 2nd century AD, even more of an anachronism than the rams that still adorned the prow of every Roman warship in their fleets. Organised into ten cohorts, each of around 480 men, they were extremely effective in open battle, especially when complemented by their attached auxiliaries. Legionaries (never, please, ‘legionnaires’) were nevertheless unsuitable for garrisoning a province and all-too-easily wrong-footed by even the most basic of insurgencies (as all technologically dependent armies tend to be).

Britannia was to turn out to be a troubled (and troubling) place. It needed four legions until the end of the AD 80s and right up until the beginning of the 2nd century AD it still had three (II Augusta, IX Hispana, and XX Valeria Victrix). Then something happened, and at some point between AD 108 and 122 it was probably reduced to two, which was evidently not enough. So it came to pass that, (probably at the same time) in AD 122, three things were crated up and shipped in from Germania Inferior: 1. an emperor (the supreme commander of all Roman armies); 2. a new army commander (who also happened to be a chum of said supreme commander); and 3. a shiny new legion (VI Victrix). All three left their mark, but let’s first look at those three legions. 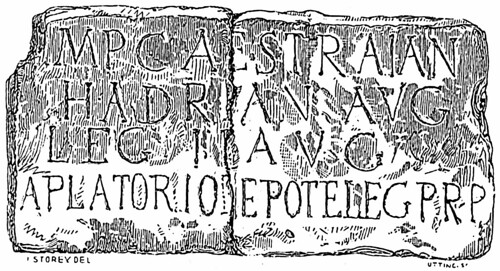 Based at Caerleon-Isca since c.AD 75, the Second Augusta was a primary legion of the Exercitus Britannicus: it had arrived from Germania (that part later called Superior) in AD 43 and had made the province its home ever since. If there was a stain on its record, it was when its praefectus castrorum refused to support his army commander against the Boudican rebels. Its totemic animals, an important part of its corporate identity, were the capricorn and the winged horse, Pegasus.

Established in its fortress at Chester-Deva since c.AD 89, the Twentieth Valeria Victrix was likewise a primary British legion and came from what was to be Lower Germany (Neuss, to be precise). It may have been the intended garrison for the new Flavian legionary base at Inchtuthil, abandoned before it was finished, in which case it would have become the northernmost legion in the Empire. The Twentieth had their own dirty linen: in AD 68, their legate, Roscius Coelius, had rebelled against the commander of the Exercitus Britannicus, Trebellius Maximus, and incited the rest of the provincial army to join him, forcing Maximus to flee. The Twentieth took as its symbol the boar. 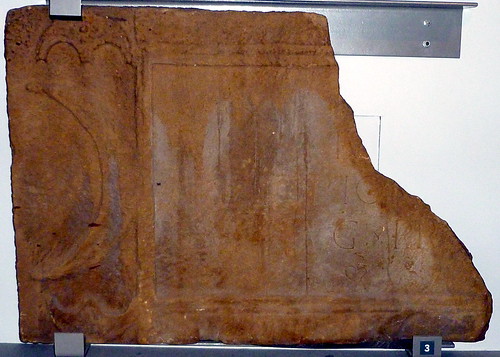 The newcomer. It seems to have arrived on the Tyne directly from its base at Xanten-Vetera in Germania Inferior, if the two altars discovered in the river near the likely site of the Pons Aelius are any indication. Those altars seem to show a legion very glad to be disembarked. We know both its outgoing (Propinquus) and incoming (P. Tullius Varro) commanders from AD 122 and we also know its tribunus laticlavius (second-in-command of a legion), the splendidly named M. Pontius Laelianus Larcius Sabinus. The Sixth Victrix was much less free and easy with its totemic animal on sculpture and inscriptions, but for what it’s worth it is thought to have been a bull.

As has been discussed, none of the legions building the Wall described themselves as a detachment or vexillatio, but there may well have been a vexillation present. An inscription records 3,000 troops from VII Gemina from Hispania Tarraconensis and VIII Augusta and XXII Primigenia from Germania Superior being sent on a Hadrianic expeditio Britannica. Were these extra troops to help with the construction process, or perhaps a draft of troops to bolster depleted British legions?

Auxiliaries and the fleet

An enterprise of this scale tended to suck in all who were available. Adding the forts and the Vallum to the original scheme of the Wall was obviously going to cause problems if the legions had to build those as well, so auxiliary units were drafted in to work on the Vallum and even the fleet (the classis Britannica) had a crack at building Benwell fort. Was that their reward for bringing over legio VI Victrix from Lower Germany?

During construction, the legions were preeminent. However, when the time came to man the Wall, the auxiliaries were to take a prominent, but by no means exclusive, role.

Thought you knew the Roman army? Well, you’re in for a surprise. You’ve been looking through a glass darkly, my friends. Allow me to share my view of the reality with you.

First, let’s distinguish between the builders of Hadrian’s Wall and the garrison: not the same thing at all.

The Builders: a Prologue 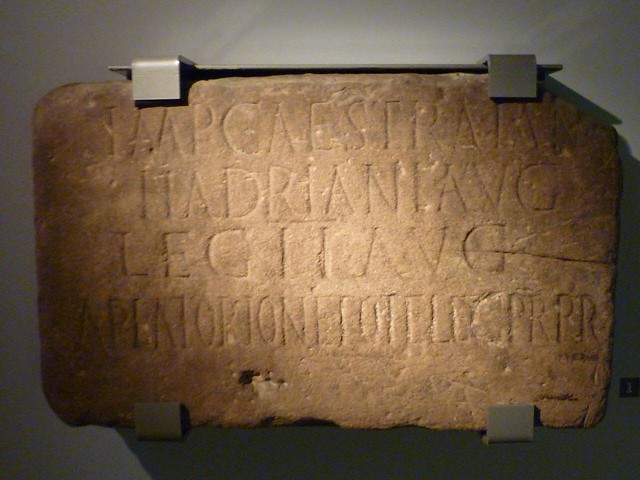 What do you notice about this inscription? Try breaking it into three parts: dedication, execution, attribution.

This is the inscription (from Milecastle 38, if you must know, but there are virtually identical ones from elsewhere) that gave antiquaries the clue that Hadrian, not Severus, built the stone wall. However, I want you to analyse the nomenclature. IMP(eratori). The first word on the first line is easily overlooked, because we instantly, almost autonomically, think ’emperor’; but a Roman soldier looked at it differently. ‘Imperator‘ meant victorious general, hailed as such by his troops. True, only emperors received that acclamation from Augustus onwards, but that’s not the point. First word, first line: ‘conquering general’. Next comes the meat of the nomenclature: CAES(aris) TRAIAN(i) HADRIANI AUG(usti). No praenomen, no nomen, just Hadrian’s cognomen and that of his adoptive father (think Trajan, think warrior), sandwiched between the weasel words of Empire, Caesar and Augustus. This man is the commander-in-chief; your commander-in-chief.

Whodunnit. Now look carefully at the named unit. What do you notice? LEG(io) II AVG(usta). That’s right, there’s a missing word: VEX(illatio). The building work is not being undertaken by a detachment of the legion, but by the whole unit. In other words, their eagle (and the accompanying HQ staff) has travelled north with them; Legio II Augusta is in the field.

So, finally, who’s the project manager? Oh yes, A(ulo) PLATORIO NEPOTE LEG(ato Augusti) PR(o) PR(aetore). He gets the full tria nomina. Commander of the Exercitus Britannicus, newly arrived (by 17th July AD 122) from commanding the Exercitus Germanicus Inferior, where he had been Hadrian’s man to shake it up a bit … no, no, no, he’s NOT the governor, that’s just silly modern politico speak. He is The Commander of the Army in Britannia, deputed as such by the Emperor himself, and he just happens to have gubernatorial duties as well … as do the legionary commanders … and all the auxiliary commanders … in fact, just like any aristocrat anywhere in the Roman world. He learned how to run an army and a province by running an army unit and its civil settlement (possibly several times) and mixing with other men who had done it. The process was the same, only the scale changed. In fact, you could pretty much run an empire like that (oops, no! Pretend I didn’t say that! Thinking like that could be dangerous … couldn’t it, Sallustius Lucullus?).

Remember, Hadrian’s Wall was built ‘to separate the barbarians from the Romans‘; yet, who is the inscription telling its story to? The clue is in the language used: the Romans themselves. More specifically, the Exercitus Britannicus. Ever heard of esprit de corps? This inscription positively oozes it. The Romans kept their army (or, rather, armies) successful by keeping them competitive. It could all go horribly wrong at times (think of those inscriptions to Concordia!) but, by and large, it worked. How best to get a massive engineering task completed? By injecting a little of the competitive spirit into it. There were few finer managers of men (proponents of Japanese management techniques would doubtless approve of Hadrian’s no-nonsense approach) and he managed to combine that sort of ‘we’re all in this together’ feeling (except he really did it, unlike modern politicians) with touting the due reverence of that ominous and oh-so-prominent Imperator.

So there you have it: a new way of looking at RIB 1638. And you thought it just told you who built the milecastle!

NEXT: Who built the Wall?