The Vallum, consisting of a flat-bottomed ditch flanked by two upcast mounds, ran to the south of the curtain wall and its associated installations (ditch, curtain wall, milecastles, turrets, and forts). Scholars believe it demarcated the southern boundary to the Wall zone.

Next to the Pennine Way, as it passes a golf course to the north-west of Greenhead, there is a length of the Vallum visible, with both ditch and north and south mounds visible, although rather degraded. 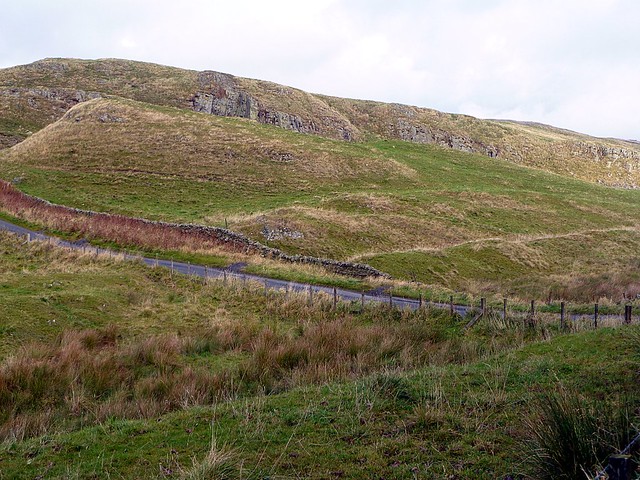 There is a fine section of the Vallum visible between Caw Gap and Cawfields Quarry. It shows up clearly from the line of the curtain wall and can be inspected by means of a short walk down the minor road from Caw Gap itself. 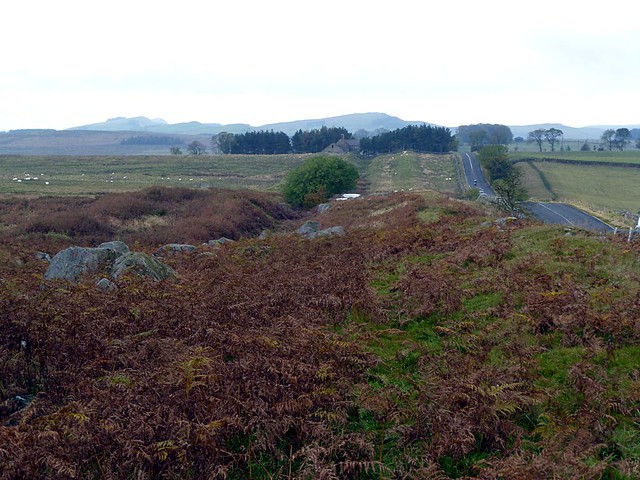 Next to the gateway into the field at Limestone Corner there is a stile built into the wall. Exercising the usual great care, it is possible to cross the Military Road here, walk 200m east along the verge, and then view a spectacular section of the Vallum to the south of the road from the gateway (note that there is no right of entry here, but the view from the gateway will serve our purpose). Unlike the Wall ditch at Limestone Corner, the Vallum ditch was cut through the natural dolerite with no problem. 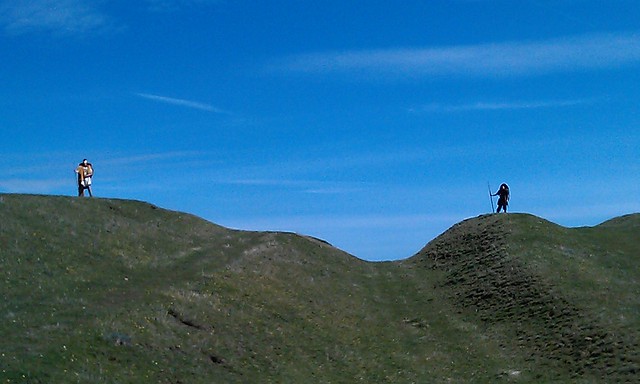 The plantation on the limestone outcrop of Down Hill itself is eye-catching in its own way, but cannot match the silhouette of the Vallum as it soars over the crest of the ridge. Walking towards it, we can make out all of the salient features of this rather curious outwork, but in the sort of detail we could only imagine before: the central ditch with its marginal mounds to north and south, as well as an unmistakeable upcast mound on the southern lip of that ditch.

As we climb up past the earthwork and reach the crest, we can now see ahead of us how this magnificent feat of earthmoving is all but removed to the west, first viciously by quarrying, then insidiously by ploughing. Looking back towards Carr Hill farm, we can also now appreciate that the Vallum has in fact made a vast angular detour to avoid the limestone outcrop of Down Hill, just as the Military Road does to the north. The curtain wall, however, bounds on regardless through the trees, accompanied by the ever-faithful (and, at this point, rock-cut) ditch. For a few metres it is relieved of the burden of the road, but it will soon be back. 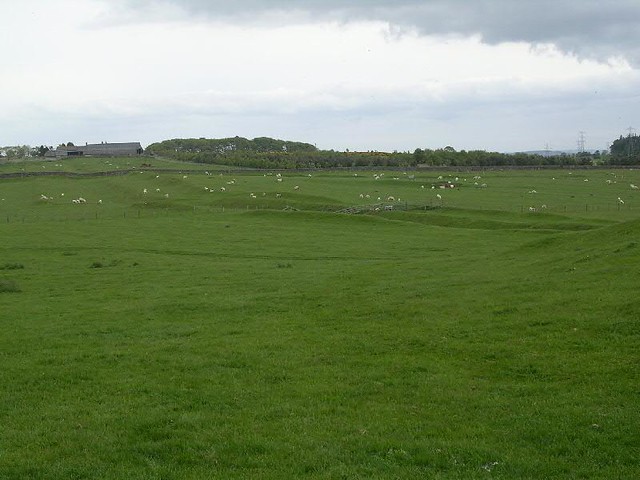 To the south of us, we are greeted by the spectacle of the Vallum rolling downhill from Carr Hill farm. There are finer stretches of Vallum, but none you will see up-close and in-the-flesh so close to the Trail, so take a moment to enjoy it. 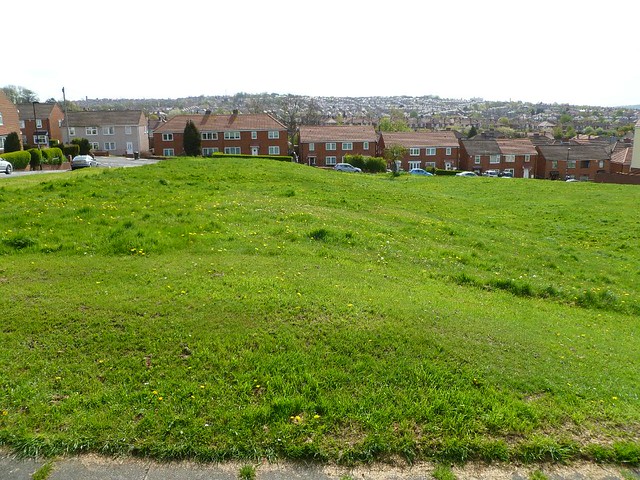 The adventurous can take a brief detour down into the housing estate along Southway to examine a stretch of Vallum that is preserved as open grassland around 150m south of the curtain wall. Although the ditch and mounds have been worn down, they are very clear from the air and worth seeing at ground level, even if the surroundings are a little incongruous (but nowhere near as strange as the Benwell Vallum Crossing and Temple of Antenociticus, as we shall see). 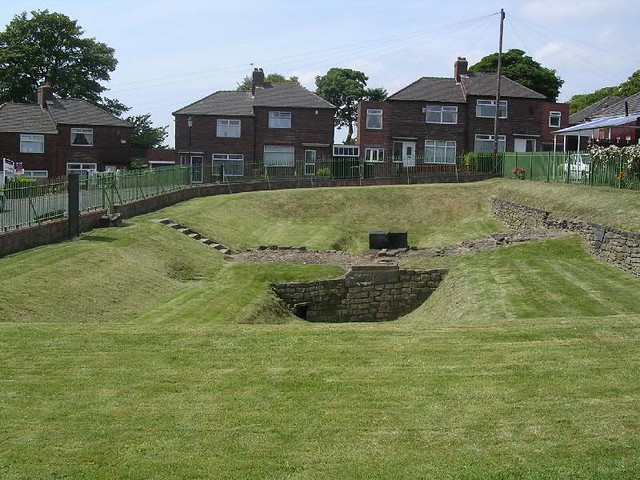 Just before the Job Centre (the Plus seems slightly redundant these days), turn right down Denhill Park. Immediately the road forks, but we can go either left or right as it is a crescent. Soon, in this urban environment, we stumble across one of English Heritage’s forgotten gems, the only surviving crossing of the Vallum (which has dodged southwards to avoid the fort) that is on display. We can either peep over the railings or, should you wish to inspect it more closely, get the key from No.26 (the bungalow in front and to the right as we look northwards from the end of the crescent); you choose.

Here we can see how a causeway has been left across the Vallum ditch (which is only about half its original depth). A culvert had been inserted, presumably to prevent (or rather reduce) ponding on the eastern side. The road across the ditch had a monumental stone-founded gateway, the base of which can still be seen, as can the sockets for the gates themselves. Behind the gateway, the road has been stepped to convey the impression of several succeeding surfaces. As we leave the enclosure, inspect the large piece of stone near the iron gate, which is a socket block that retains its original iron socket lining.

If you borrowed it, don’t forget to return the key.